My Accutane Journey - Hello, I'm Jessica (: I started my Accutane journey on August 24, 2012. I've chosen to document it by posting pictures (nearly) every day of my (hopefully) improved skin. Interested? Follow me. But... 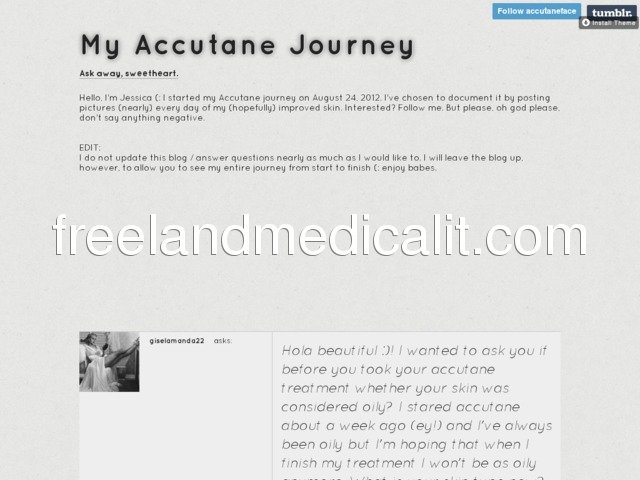