Anteis | Change starts here - Anteis is one of the worldwide actors specialized in the development, manufacturing and distribution of innovative injectable medical devices based on biopolymer transformation. 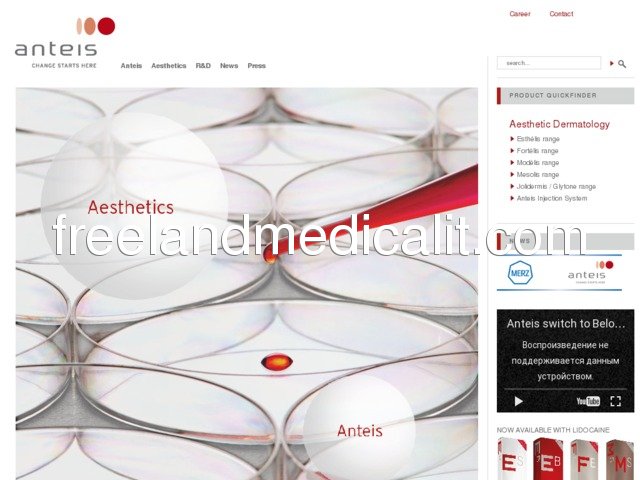