For What It's Worth – a literary site - The literary site of Jason Bentsman, featuring quality writings and media by him and notable Contributors 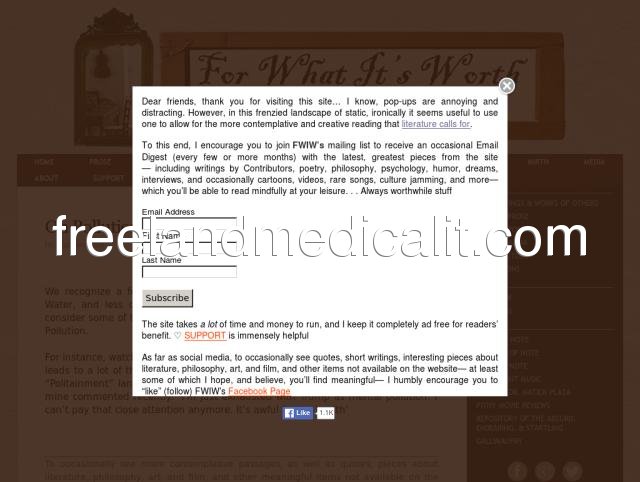