The Ward lab at UC Santa Cruz - Home - My personal website describing my current and past research interests, PDFs of my publications and protocols, and my advice on how to write a successful K99. 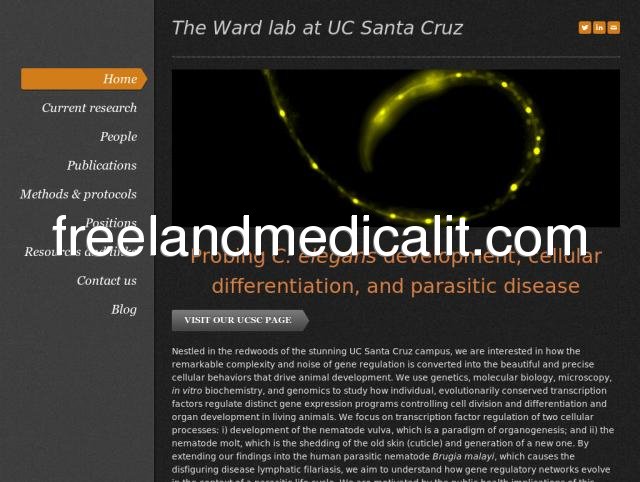